When Moldova becomes your second home through volunteering – Dylan Prins

I don’t think I would ever have enough words for people like Dylan who through the years became one of my friends and definitely one of the best volunteers I’ve ever had. We met in march 2015 for the first time when he came in Moldova to volunteer in the baby orphanage for 6 weeks. He’s from Netherlands and works as a philosophy teacher as well as in a center for chronically ill children.

Usually I would never raise my expectations when there is a male volunteer coming, not because they are not good with the kids, actually most of the times they are great! But because usually we have fewer male volunteers wanting to work with the babies. And definitely not many of them come back in Moldova over and over again.

Dylan surprised us from the beginning. We offered him to work with the disabled kids, which is more challenging work. He accepted right away and more than that, he managed to bring a lot of happiness to the group, and still continues to do so. Because in Moldova not many male volunteers would work with the kids in the orphanages, he shortly became one of their favourites. They call him “our Dilea” (that’s how they pronounce his name). He definitely became one of them, part of their team. 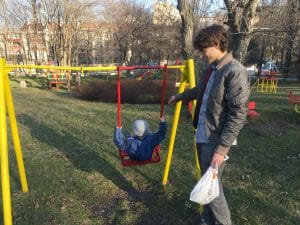 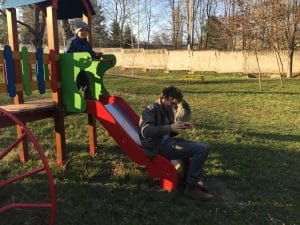 Since march 2015 he’s coming back every year in the spring and autumn for between 2 and 6 weeks to give his care, love and attention to our children in the Republican orphanage. He’s the first volunteer that somehow managed to learn Romanian by himself from the internet, and he’s speaking it excellently! Such a smart and persevering person!

Volunteering has always brought amazing people in my life, and Dylan you’re a very special person. I’m very blessed to know you! Thanks for giving up on all of your holidays and for keeping coming back to our children, for spending all of your savings to make a change in those children’s lives and for serving them with so much motivation and love.

Thanks for all of the happy memories you’re building in those kids lives. Keep up doing amazing work and making disadvantages children feel happier, loved and special!  Thanks for serving my country and for everything you do for the people in need of Moldova. Although, we both know,  Moldova became your second home too.

Can’t wait to host you again in my house in just a week! 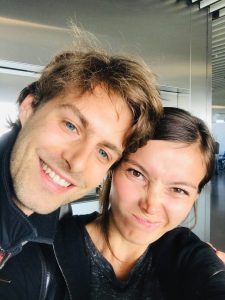 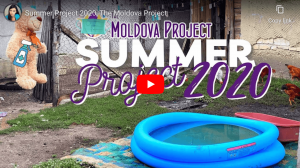 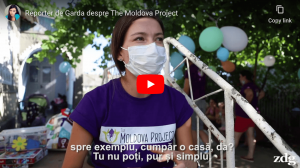